The NZ vs Ban 3rd Test, scheduled to be played from today at the Hagley Oval in Christchurch has been cancelled in the wake of Friday’s terror attacks in two mosques in the city.

At least 40 people died and several were injured during the gun attack in the Christchurch mosques. The Bangladesh cricket team had a narrow escape at the Al Noor Mosque where they were scheduled to offer prayers. Fortunately, none of the players were inside the mosque at the time of the terror attack.

The Bangladeshi players returned to their hotel safely but were shaken by the terror attack targeted at Muslim immigrants.

New Zealand hasn’t been known to witness such violent attacks and it came as a surprise to the entire world.

Subsequently, the cricket boards of New Zealand and Bangladesh decided to call off the NZ vs Ban 3rd Test. 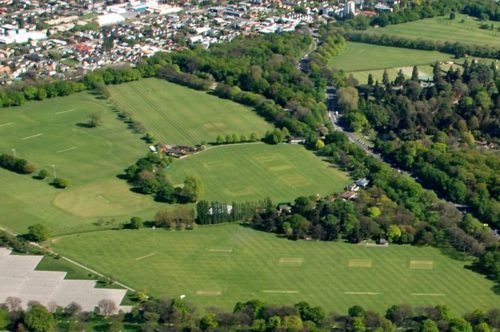 David White – Chief of New Zealand Cricket has been quoted by TVNZ, as saying: “I have spoken to my counterpart in Bangladesh and we both agree that it’s inappropriate to play cricket at this time. We are offering support to all those within the teams affected by the situation and are continuing to take advice from authorities on the ground.”

The three-match Test series has been won by New Zealand 2-0 with the Bangladeshi batsmen failing to acclimatize to the seaming conditions. Arrangements were being carried out for the return of the Bangladeshi cricket team as per NZC.

With the Christchurch test match called off, Bangladesh tour of New Zealand 2019 has come to an abrupt end. The tour also saw the Tigers play three ODIs.

Meanwhile, David Richardson – former South African wicketkeeper and ICC Chief said: “Our thoughts and sincere condolences go out to the families and friends of those affected by this horrendous incident in Christchurch. Both teams, staff and match officials are safe and the ICC fully supports the decision to cancel the Test match.”