Needing a tough target of 192 from 20 overs, Kings XI Punjab was well placed at 96 for no loss in 8.2 overs. Once play resumed after a long break, the revised target for KXIP was way too easy at 29 more runs to win from 28 balls.

Lokesh Rahul scored 60 from 27 balls with 9 fours and 2 sixes to get the Man of the Match. He was dismissed after the rain break while Chris Gayle finished the match with a six with 11 balls to spare, scoring an unbeaten 62 from 38 balls with 5 fours and 6 sixes. The Jamaican has hit a century and two fifties in the three IPL 2018 matches he has played so far. 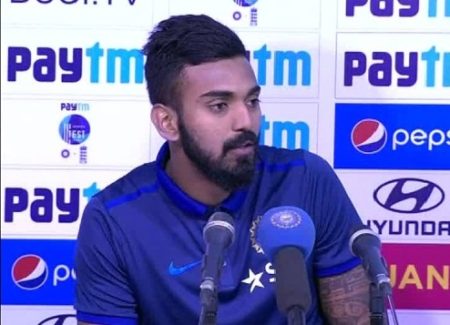 Earlier in the evening, Chris Lynn scored a superb 74 from 41 balls as KKR posted 191 for 7 after being asked to bat first by R Ashwin. Robin Uthappa scored 34 from 23 balls while KKR captain Dinesh Karthik played an intelligent innings of 43 from 28 balls. KKR lost their way towards their innings, losing wickets at the wrong time. Andrew Tye and Barinder Sran took two wickets each for Kings XI Punjab.

With this comprehensive win, Kings XI Punjab are leading the IPL 2018 points table with four wins in five matches while Kolkata Knight Riders are in the third position, with three defeats and three wins in six games.

The KKR vs KXIP Highlights 2018 along with Lokesh Rahul, Chris Gayle and Chris Lynn knocks can be watched on HotStar.