The 36-year-old southpaw has now offered his services for free as a pure batsman to Delhi Daredevils while foregoing his salary of Rs 2.8 crore for the season, as reported by Times of India, citing an undisclosed source.

Delhi Daredevils have appointed the young Shreyas Iyer as their new captain, a move that could be a turning point in the 23-year-old Mumbai cricketer’s life in establishing him as an international player in the near future.

Gautam Gambhir on resigning as Delhi Daredevils captain, said: “I couldn’t handle pressure. I was 28 when I took charge of KKR and now I am 36. I was over-eager here. Coming back to Delhi was also very emotional for me. I tried too hard and sometimes when you do that it gets really tough.” 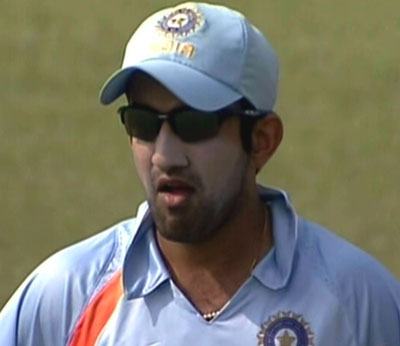 Yet to win an IPL title, the Delhi Daredevils will most probably wait till IPL 2019 as things look very bleak this season with five defeats in six matches, which makes them sit at the bottom of the IPL 2018 points table.

Gautam Gambhir, who had led Kolkata Knight Riders to two title wins, scored 85 runs in five innings with an average of 17.00 and a strike rate of 96.59. In all the five innings, the left-hander had opened the innings for the Delhi Daredevils.

The 36-year-old Gautam Gambhir had a solid India career playing 58 Tests, 147 ODIs and 37 T20Is. He last played for India in a Test match against England at Rajkot.

Delhi Daredevils coach Ricky Ponting, commenting on Gautam Gambhir resignation as Delhi Daredevils captain, said: “I was in the same situation a number of years ago. It’s tough to put your hand up. To know that your performance hasn’t been good enough and there are better players to take your spot. So I definitely like to say well done and congratulate him for putting the team ahead of his own individual thoughts. Nobody in Indian cricket has done this type of thing before and I don’t know if anyone else will do it after this.”

Even if he wants to play without charging any money, it is doubtful that Gautam Gambhir will be selected in the playing XI considering that Delhi Daredevils have better options to pick from. If that is the case, then Gautam Gambhir could have played his last IPL match of his career!

With Gautam Gambhir taking the reality call, all eyes could be on another struggling cricketer – Yuvraj Singh, who has failed to do anything meaningful for the Kings XI Punjab, with 50 runs in four innings so far despite being sold for a huge amount of money.